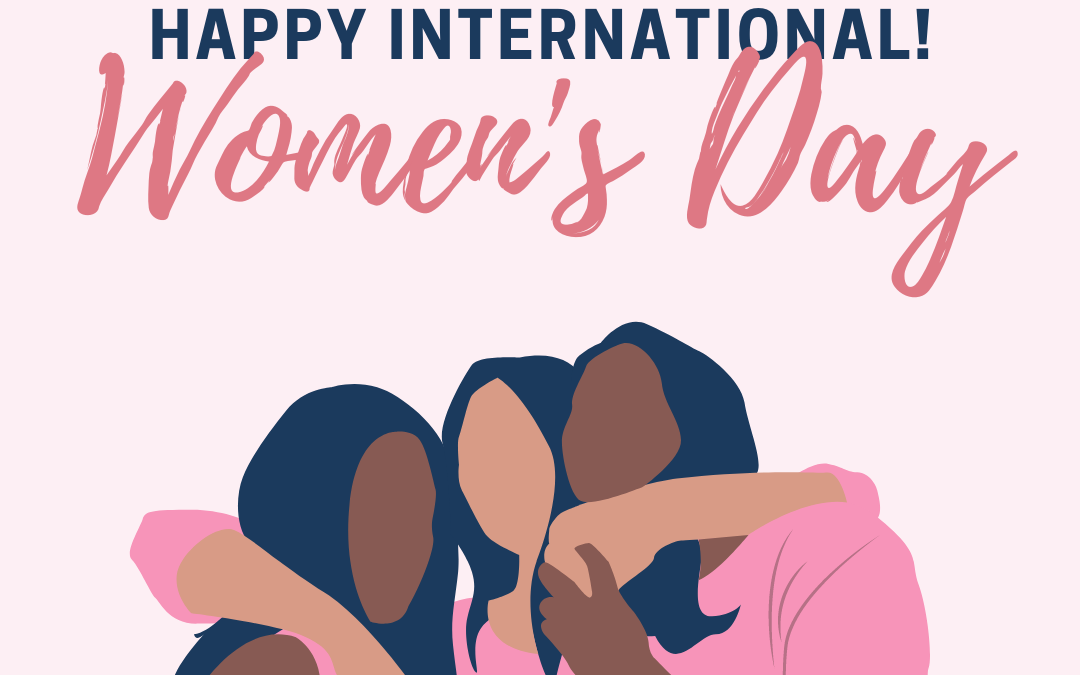 8 Inspiring Quotes to Help You Celebrate

We celebrate International Women’s Day every year on March 8 as it commemorates women’s economic, political, and social achievements. This day also marks a call to action for accelerating gender parity. We hope that you’ll join us in celebrating all the amazing women in our lives — whether your mother, sister, friend, or mentor, these women have undoubtedly helped shape who you are today.

Below are our favorite quotations about women from some of history’s most prominent and formidable females and why their words resonate with us so much!

Read on to be inspired and encouraged by these remarkable ladies’ words — and don’t forget to tell the celebrated women in your life how important and inspiring they are to you!

#1. “A woman is like a tea bag; you never know how strong it is until it’s in hot water.” -Eleanor Roosevelt

Eleanor Roosevelt was an American politician, diplomat and activist who was the longest-serving First Lady of the United States. She was also a niece of President Theodore Roosevelt. As First Lady, she helped to define the role of modern American First Ladies. She advocated for civil rights and women’s rights, and served as a delegate to the United Nations.

What did Eleanor Roosevelt mean by this quote? She meant women are often underestimated – just like a tea bag can steep and release its flavor and strength when put in hot water, women can also do amazing things when given the opportunity. Women are powerful and resilient, and they should never be underestimated!

#2. “Women are the real architects of society.” -Margaret Fuller

Margaret Fuller was an American journalist, critic, and Women’s Rights activist. She was the first full-time female book reviewer in the United States. She wrote Women in the Nineteenth Century, which was published in 1845.

Margaret Fuller reminds us that women have always been integral to shaping society. From the very beginning, women have raised children and created homes. They have also played a significant role in politics, business, the arts, science, and other fields. Women are powerful and indispensable members of society, and we should never forget that.

#3. “There is no limit to what we, as women, can accomplish.” -Michelle Obama

Michelle Obama is an American lawyer and writer who was the First Lady of the United States from 2009 to 2017. She is married to the 44th President of the United States, Barack Obama. As First Lady, Obama served as a role model for women, and worked as an advocate for poverty awareness and food security. She also advocated for Women’s Rights issues. After leaving the White House, Obama continued to be an active voice in support of Women’s Rights.

Michele Obama’s quote reminds us that there is no limit to what women can accomplish. Women have led revolutions, founded businesses, and made incredible scientific discoveries. Women are capable of anything they set their minds to. So today, on International Women’s Day, let’s celebrate all that women have done and continue to do. Let’s remember that they are powerful and resilient, and there is nothing they can’t achieve.

#4. “You have to be brave enough to break the rules.” -Stevie Nicks

Stevie Nicks is a respected songwriter and rock musician who has achieved great success both as a solo artist and as a member of the band Fleetwood Mac. She is known for her ethereal vocal style and her poetic lyrics and has been inducted into the Rock and Roll Hall of Fame. She has spoken out about the challenges that women face in the music industry and the importance of supporting each other. She has also said that women need to “be brave and be strong and be powerful” and that they should “celebrate their own femininity in their own way.”

We are inspired by Stevie Nicks’ quote because for centuries women have been told they can’t do things. Yet, women are just as capable as men, sometimes even more so. Today, be brave enough to break the rules and pursue your dreams. We need more women willing to take risks and challenge the status quo. So go out there and achieve incredible things!

Zaha Hadid was a world-renowned architect who designed some of the most innovative and iconic buildings in the world. She was the first woman to win the prestigious Pritzker Architecture Prize, and she has left an indelible mark on the field of architecture. Her work is characterized by its bold shapes and striking use of color, and she has inspired a new generation of architects.

Despite being one of the most successful architects in the world, Zaha Hadid was not immune to discrimination. She often faced obstacles and challenges that her male colleagues did not, but she refused to be deterred. “I don’t want to be the best female architect,” she once said. “I want to be the best architect.”

Zaha Hadid’s quote is an important reminder that nobody is perfect. We all have our own unique talents and weaknesses. And that’s what makes us special. Women should embrace their imperfections and work to improve themselves every day. There is no such thing as a perfect woman, but we can all be amazing women if we try. Thank you for being you, imperfections and all!

#6. “A woman is like a bank. You can’t continue making withdrawals without making a deposit.” -Nancy Pelosi

Nancy Pelosi is an American politician who is the Minority Leader of the United States House of Representatives, serving since 2011. She is a member of the Democratic Party. She has been a long-standing advocate for women’s rights and has been pivotal in ensuring that legislation supporting women is passed. She has also been a vocal advocate for equal pay and opportunities for women in the workforce.

Nancy Pelosi’s quote suggests women are valuable and important members of society, and we should treat them as such. We need to make sure that we are giving back to women as much as we can. Women are the backbone of our communities and our economy, so it’s important that we support them in every way possible. Happy Women’s Day!

Margaret Thatcher was the Prime Minister of the United Kingdom from 1979 to 1990. She was the first woman to hold that office. She advocated for women by breaking the barriers that were in place for them and showed that women could be just as successful as men in politics and other fields.

Linda Sarsour is an American political activist and community organizer. She is the executive director of the Arab American Association of New York, and has been involved in several campaigns concerning Muslim Americans. In 2011, she was appointed deputy director of Community Affairs for the New York City Office of Mayor Michael Bloomberg. In 2017, Sarsour was a co-chair of the Women’s March on Washington. She is also a member of the Women’s March board. In February 2018, she was named one of “The Most Influential People in Brooklyn” by Brooklyn Magazine.

This quote by Linda Sarsour suggests that the future belongs to women. Women are powerful and capable, and they have a lot to offer the world. Women are the future, and we should all work to make sure that they have a voice in society. Women deserve to be heard and respected, and we need to do everything we can to promote gender equality.