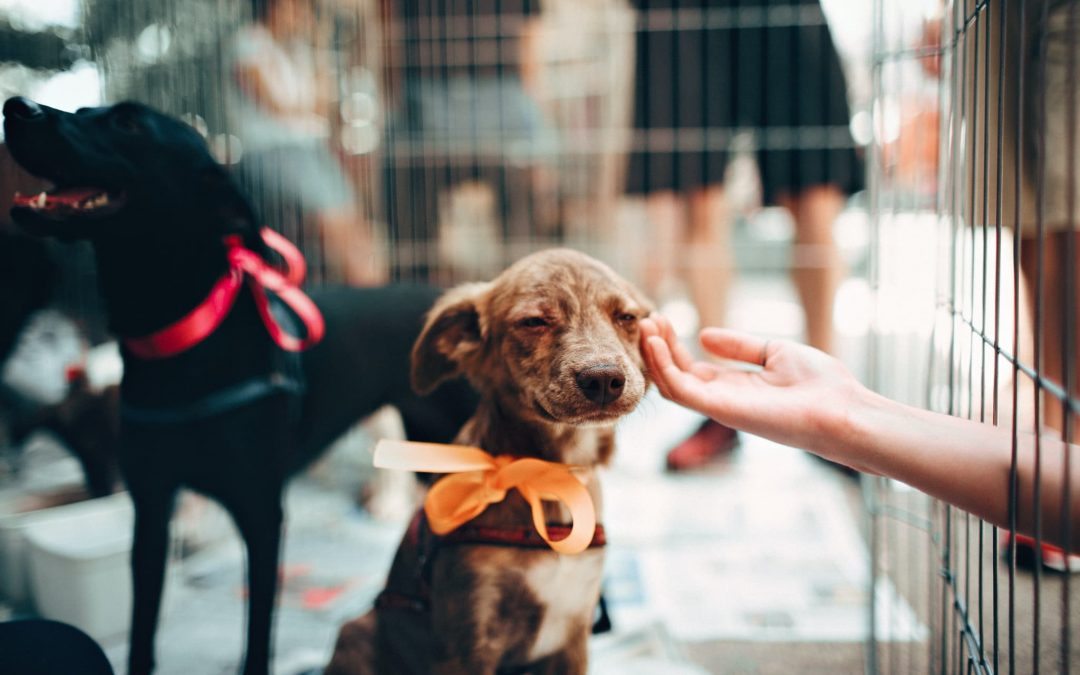 Americans as a nation love their pets, but unfortunately, animal shelter statistics are still shocking. One ray of hope comes from the soaring number of pet adoptions. Let’s look at the statistics in general, and discuss why adopting a pet far outweighs buying one.

Statistics from animal shelters in 2020 show that approximately 6.5 million pets enter shelters each year. Unfortunately, this number is a small portion of the 70 million stray animals on U.S. streets at any given time.

Over the last decade, the number of animals entering the approximately 14,000 animal shelters and rescue groups in the U.S. has declined by over a million. This is thanks to adoptions and re-homing. The total number of pets (both cats and dogs) adopted from animal shelters is increasing each year, and the current rate is just under 50% at 3.2 million.

Some of these shelters have a no-kill policy, but of the animals that enter them, 90% are either re-homed or adopted, and the other 10% falls into the margin which may need to be put down because of an illness or old age.

Animal activists in the U.S. are hoping to make the country a no-kill zone by 2025. Even though this is challenging, there is hope that this is achievable since the number of euthanized animals keeps decreasing.

About 30% of animals are left at animal shelters by their owners. Unfortunately, only 10% of the pets received at shelters have been spayed or neutered, and the more the population of abandoned animals grows, the more euthanizing is necessary.

As a matter of fact, estimates show an unspayed dog and her puppies can increase the dog population by 67,000 in six years. In cats, that number increases exponentially to 420,000 cats in just seven years if these are left unchecked.

Moreover, 25% of dogs entering shelters have documented pedigrees, and the majority of these are pit bulls. Sadly, these are the least popular dogs wanted for adoption.

Neutering and microchipping our pets are the surest ways to help reduce the number of euthanized animals.

The pandemic has not changed American societys’ love for pets. According to the American Pet Products Association, over 11.38 million households got a new pet during the pandemic. The COVID-19 Pulse Study found that 10% of respondents in December 2020 said they had got a pet. Previous surveys in May, June, and September of the same year showed 7%, 6%, and 9% respectively.

Nationwide, increased animal adoptions have been observed. According to Shelter Animals Count, organizations recorded 26,000 more pet adoptions in 2020 than in 2019. That is an increase of 15%, and the data comes from 500 rescue organizations across the country.

At the beginning of the pandemic, the group issued their COVID-19 Impact Report in which data showed the adoption rate jumped by 34% in April 2020.

The rise in adoptions during the pandemic is partly attributed to the fact that pets can help reduce stress and increase peoples’ sense of well-being. Many households would not have committed to a pet before the pandemic, because of their busy schedules. Yet, being confined to their home during lock-down made many people realize a pet would be a welcome addition to their home.

Animal rescue operators are already dishing out advice to these new pet owners about how to prepare their pets for when they need to return to their normal working routine. Pets need to get used to being alone and should be introduced to the people who will be caring for them during their owner’s absence.

Unfortunately, even though the number of cat adoptions was on the rise before the pandemic, it has slowed down since.

Benefits of Adopting a pet as opposed to buying

Too many people give away pets and too few adopt pets. Pet adoptions allow space to be freed up in shelters for other animals. For anyone deciding they want a pet in their household, adoption, as opposed to buying from a pet store, has many benefits.

Limited space in shelters means they eventually must euthanize pets that could have gone to a good home. Statistics mentioned earlier in the article show that the number of euthanized cats and dogs stands at over 3 million every year.

Deciding which animals to euthanize is hard for staff members at shelters, and these numbers could decrease if more animals were rescued by loving owners. Adoptions are the best way to help shelters make space for new intakes. One adoption saves the lives of two animals – the one going to a new family and freeing up space at a shelter for another rescue.

2. Adoption ensures you get a healthy and well-balanced pet

From the moment a pet arrives at an animal shelter, it is examined by a veterinarian, vaccinated, microchipped, and neutered or spayed. These pets are healthy and happy and perfectly ready to be taken into a new home with a good family.

Screening of pets is done at most animal shelters. This means they know more about their specific temperaments and behaviors, making it easier to match them to owners. They are not only as intelligent and loyal as pets bought from pet shops, but also as loving.

It is a myth that most pets at animal shelters are badly behaved or have been abused. The majority of these are put up for adoption because of unfortunate circumstances their “people” face. These reasons may be because of a move, lack of time, divorce, financial constraints, etc.

Depending on the breed of cat or dog, purchase prices from pet stores or breeders are usually very expensive. For example, a pure-bred dog can easily cost thousands of dollars. On the other hand, pet adoption is much cheaper.

Adoption costs are never more than a couple of hundred dollars for dogs and less for cats. These pets are usually already spayed, neutered, microchipped, and have been vaccinated. All these procedures need to be done to a pet store-bought animal and require a big initial monetary outlay.

Additionally, shelters often waive adoption fees for older animals. Adopting a mixed-breed also helps save money in the long-term because they are usually healthier than purebred pets.

Lost and surrendered animals at shelters are usually already house trained. This means they require less effort and cost less to housetrain than buying a young animal from a store or breeder.

Pet breeding facilities usually concentrate more on profit than the welfare of their animals. These animals are sold at high prices to unsuspecting consumers through pet stores, or newspaper and internet advertisements.

Cats and dogs are kept there for breeding purposes and are often housed in poor conditions. Female breeding pets are kept in cages and bred constantly. As they age and can’t breed anymore, they are simply abandoned or euthanized.

Because of improper healthcare, these animals are often not very healthy and tend to have behavioral problems caused by a lack of companionship. These problems are also exacerbated by inbreeding.

It is estimated that 90% of animals sold at pet stores come from pet breeding facilities. The crowded and unsanitary conditions they are reared in can lead to health problems in the future. For the owners of these pets, it means that above the initial purchase price, they inevitably spend a lot on their pet’s healthcare in the future. Problems range from genetic deformities to dental issues. Many pets also have severe infections.

Adoption ensures pet owners are not supporting the conditions at pet breeding mills.

5. Adopt a pet at an easier age

As cute as puppies and kittens are, the first few weeks require a lot of effort on the part of their new owners. Adopted pets tend to be older and are inevitably already house-trained. This allows them to instantly adapt to the lifestyle of their new human family.

Bringing home, a new pet is equivalent to getting a new best friend. Whether a family prefers a young pet or is looking for an older hassle-free pet, animal shelters have a variety of dogs and cats to choose from.

Besides all the pros already discussed, adopted pets from shelters come with an added support system. Animal shelters provide the added support missing from breeders and pet store owners. They are there to answer questions and help deal with any problems. Their interest is to provide a good home for the pets they have given so much love and care to.

Grooming is an essential part of your adopted friend’s routine and a special treat for you. Find a groomer near you for your cat or dog at www.petgroomerfinder.com.