How to Introduce Dogs To Each Other 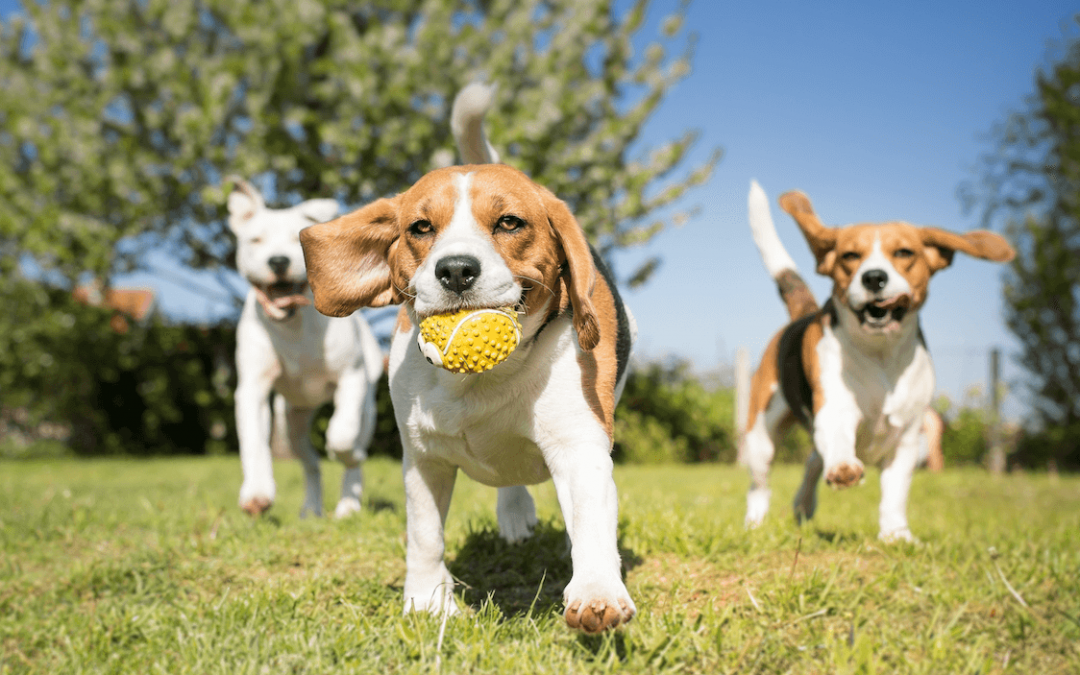 Plan the Meeting Properly
What do you need for the introduction?
How to walk the dogs?
Establishing a Hierarchy
How To Prevent a Dog Fight Turning Ugly
Some useful tips for home introductions
Conclusion

Americans love their pets, and statistics show that at least 40% of households have more than one dog. Since most people don’t buy their pets at the same time, families getting a second dog must introduce the new addition to the rest of their dog family. Learning how to introduce dogs to each other is important in having a peaceful household.

Bringing a new dog into the existing pack does not mean chaos needs to follow. Whether human friends are moving in together with dogs, dating, or just adding another pet to the family, there are several steps to make it a smooth transition.

Introducing a new pet to your household is an exciting venture for its humans, but can be a daunting experience for the family’s existing furry friend and the newcomer. Be prepared, because presenting the two dogs often takes longer than expected. You might even need professional help. Keep reading to learn how to introduce dogs to each other.

Plan the Meeting Properly to Introduce Dogs To Each Other

Many people don’t realize that dogs cannot be introduced to each other by just placing them in the same space together in the territory of one of the dogs. It is natural for dogs to assert ownership by defending their territory. Your dog might become fearful or submissive, but then again, there could be a huge fight.

One of the first rules for introducing dogs to each other is to do it on neutral territory. You cannot do this on your own, so get somebody who knows your current dog well, to help you.

The protocol is to let the dogs meet on neutral territory first, followed by a long walk together until they get used to each other. When they come home, the humans enter first, they are followed by the dogs that live there, and last, the new dog follows.

By walking the dogs together, you are allowing them to first bond as a pack. The new dog then enters the home by following the dog currently living there. This method ensures the older dog doesn’t end up feeling as if his territory has suddenly been invaded.

What do you need to introduce dogs to each other?

Bringing dogs together will require that you follow the following rules:

How to walk the dogs?

Dogs cannot be forced into a hierarchy. Once they become a pack, you must accept that this is a natural process that they establish themselves. After a while, you may notice that the dogs may have an equal role, or one is more dominant than the other. Don’t try and force a more submissive dog into a dominant position – even if it’s your first dog and you believe this must be his position. Forcing a dog in a hierarchical position can lead to it becoming insecure and anxious.

How To Prevent a Dog Fight Turning Ugly?

If you do accidentally introduce dogs to each other too quickly, one fight may not be as disastrous as your reaction. Inevitably, even dogs that have lived together for a long time may squabble over territorial disputes, toys, etc.

Unless the dogs are fighting aggressively, there is no need to break up small fights immediately. This is because dogs use small fights, snapping, and herding to establish their hierarchy. Use your instincts when there is an aggressive fight to calmly break it up as quickly as possible. Make the dogs aware that fighting is not allowed without shouting at them, otherwise, you may increase their aggression. Remain calm and use touch or an upward pull to separate them.

Strong pack order is essential in preventing fights among your dogs. The only way to do this is to get your dogs to see you as their leader to prevent competition among them. Do this by establishing rules, boundaries, and limitations.

Dogs need to feel that they are working toward a common goal. Once they are used to each other, always walk them together, side-by-side, allowing them to understand that they are not against each other. Always watch for positive (waggy tails) or aggressive (tense posture, hard stares, and lowered tail) body language.

Never isolate dogs after a fight. Dogs naturally fight over territory, and isolation creates a further source of conflict. Socialization is the most important way to ensure well-balanced dogs.

Some useful tips for how to introduce dogs to each other

Even though the best circumstance for introductions is walking the dogs, these are not always possible. Here are some useful tips for home introductions:

Whatever way you choose to introduce dogs to each other is fine. Just remember that while you are gone, the chances of a dog fight are greater. Crate the dogs, or if the older dog is used to being free, you can crate the new one in an area where he cannot be taunted.

Feeding can easily become an issue with dogs. Until you recognize which one is the alpha dog, prefer feeding them separately. Once the hierarchy is established, always keep the order by feeding the alpha dog first, giving him treats first, and letting him out the door first.

If your older dog sleeps on the bed with you, it’s probably best to leave the arrangement as is. Don’t let the new dog on the bed from the start because it may stress your older pet.

Your hard work and patience will pay off sooner or later. The first steps to introducing dogs to each other are as essential as dog grooming is for them. Dogs are happier when they are clean and pampered. Find pet grooming services near you here: https://www.petgroomerfinder.com/